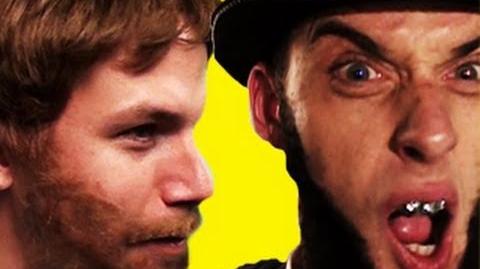 Abe Lincoln vs Chuck Norris is the third installment of Epic Rap Battles of History and the third episode of Season 1. It features the 16th President of the United States, Abe Lincoln, rapping against actor and martial artist, Chuck Norris. It was released on December 8th, 2010.

Four score and 65 years in the past,

I won the Civil War with my beard! Now I'm here to whup your ass!

I've read up on your facts. You cure cancer with your tears?

Well, tell me, Chuck. How come you never sat down and cried on your career?

You're a washed-up has-been on TV selling Total Gyms,

And you're gonna lose this battle like you lost Return of the Dragon!

I'll rip your chest hairs out, put 'em in my mouth.

I never told a lie, and I won't start now.

You're a horse with a limp; I will put you down!

For I invented rap music when my heart started beating.

Chuck Norris doesn't battle. He just allows you to lose.

My raps will blow your mind like a verbal John Wilkes Booth.

I've got my face on the side of a mountain. You voted for John McCain!

I've got a bucket full of my head, and I'm about to make it rain!

You block bullets with your beard? I catch 'em with my skull!

I'd make fun of Walker, Texas Ranger, but I've never even seen that show!

I am Chuck fucking Norris!

I split the Union with a roundhouse kick!

I wear a black belt on the beard that I grow on my dick!

I attack sharks when I smell them bleed!

I don't go swimming; water just wants to be around me!

My fists make the speed of light wish that it was faster!

You may have freed the slaves, but Chuck is everyone's master! 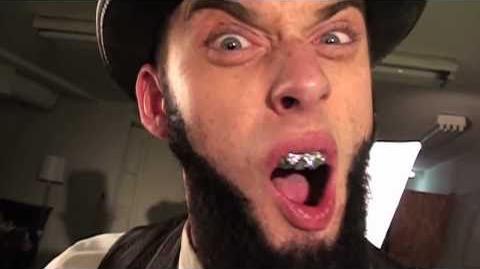 Lincoln VS Norris - Behind the Scenes