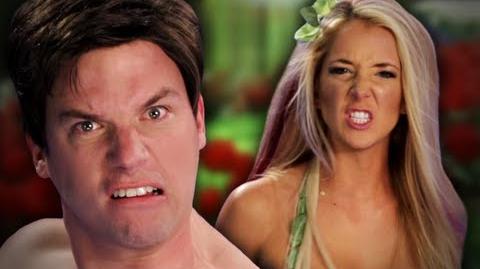 With you kissing my ass and begging me for a rub!

I made a map, mother fucker, and I'm reading it, too.

Gives me specific directions how to fuck with you!

I know that you like to think you're so macho,

I work, while you and your boyfriend Steve

Drink and play sports in a fantasy league!

You're as sharp as a stick that I rub on my lips,

So go ahead, take a shot. I'm sure that you'll miss!

If you stopped fucking up, I wouldn't have to get pissed!

My life was fine 'til you had to come along and wreck it.

Could you please just shut your face for ten seconds?

You cry about everything but can't decide what you want!

You call it complex, but yo, I'd call you a mess.

You got a lotion for this; you got a cream for that.

Got any perfume that smells like "Get the fuck off my back"?

When things are good, they're great, and it's like I'm dreaming,

Until your junk starts bleeding and you turn to a demon!

It ain't Summer, Eve. Don't try to play me like a douche!

You wanna bite on my fruit? Well, you can swallow the truth!

Don't even bring up swallow!

The first man on Earth ain't a tough act to follow!

One pump chump, and you're hung like a weasel.

(Pfft.) Ditch the fig leaf; get yourself a pine needle!

You want alone time? Have it! In fact,

Suck your own dick and shave your own back!

That apple's the best thing I bit so far!

Now I see how much of a dick you are!

I wasn't listening. Are you still flapping those lips?

Woman, I just don't know what your problem is.

All I know is you're acting like a colossal bitch!

[A pause as the battle ends abruptly.]

Don't even think about it!

Okay, that's fine; we could eat.

Your back is hairy, and your balls smell like Godzilla.

It's like you evolved from some kind of gorilla!

You both need each other, but you need some other things too,

'Cause only one whole plus one whole can possibly equal two.

So work on yourself and inspire homie, don't tell her what to do,

'Cause your little penis can't imagine what her vagina is prepared to do.

When she pushes out a tiny little version of your whiny ass,

You're gonna feel pretty stupid about the fight you had about the trash! 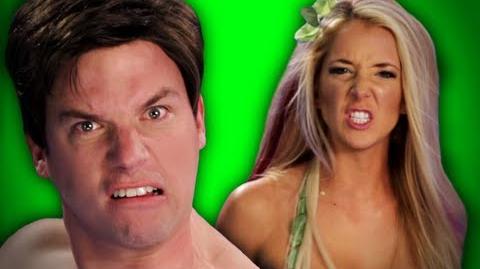 Epic Rap Battles of History - Behind the Scenes - Adam vs Eve 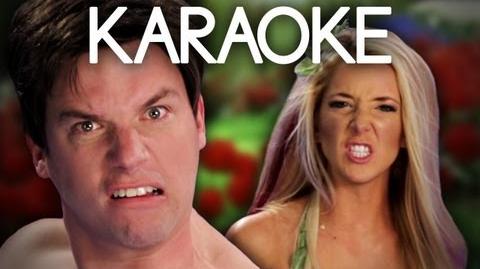 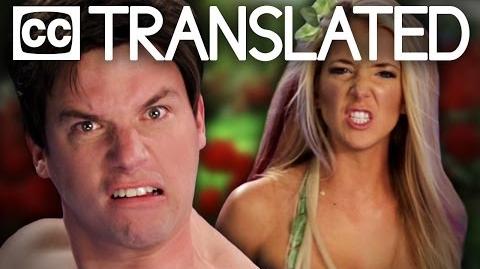 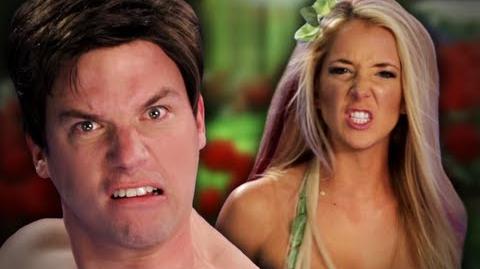 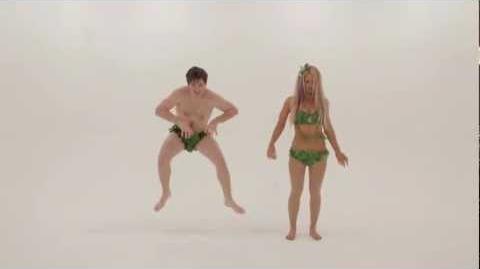