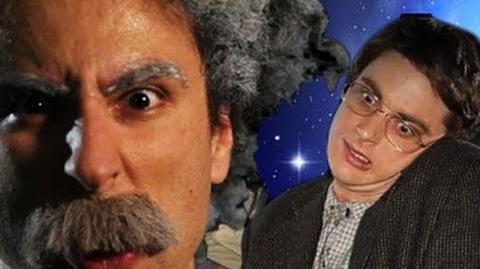 When I apply my battle theory, minds are relatively blown,

So take a seat, Steve. Oop! I see you brought your own.

What's with your voice? I can't frickin' tell!

You sound like WALL-E having sex with a Speak & Spell!

All your fans will be like, "Um, that was Hawk-ward!"

I'm as dope as two rappers! You better be scared,

You've got no idea what you're messin' with here, boy!

You look like someone glued a mustache on a troll doll!

I'll be stretching out the rhyme, like gravity stretches time,

When you try to put your little p-brane against this kind of mind!

I’m the best! I'm the Snoop Dogg of science!

I'll be dropping mad apples on your head from the shoulders of giants!

I'm the giant whose shoulders you’d have stood on, if you could stand!

I'll give you a brief history of pain with the back of my hand!

You can't destroy matter or me, for serious!

Ripping holes in you bigger than the hole in your black hole theory was!

Your mama took the ugly ones and put them into one nerd!

You wanna bring the heat with the mushroom clouds you're making?

I'm about to bake raps from scratch like Carl Sagan!

And while it's true that my work is based on you, 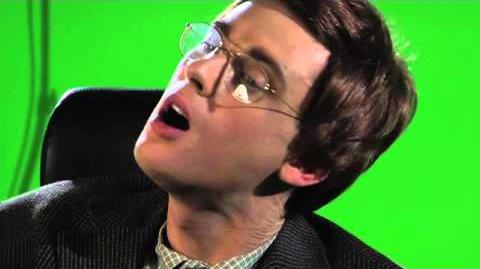 Einstein vs Hawking - Behind the Scenes 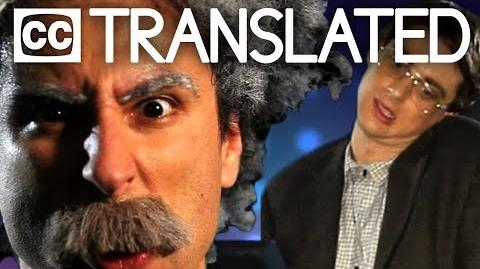