Allrounda has worked as a beat producer for eight episodes of Epic Rap Battles of History and six episodes of Dis Raps For Hire.

Nicolas Scholtes, also known as Allrounda, was born on July 19th in Cologne, Germany. He is a music producer, pianist, and DJ, who has produced music since 1998. His company, Allrounda Productions, was founded in 2009. He has produced beats for Nice Peter vs EpicLLOYD, Hitler vs Vader 2, Michael Jackson vs Elvis Presley, Cleopatra vs Marilyn Monroe, Doc Brown vs Doctor Who, Donald Trump vs Ebenezer Scrooge, Steven Spielberg vs Alfred Hitchcock, and Nice Peter vs EpicLLOYD 2. He has also produced beats for the Dis Raps For Hire episodes Southwest High, Christian, Jennifer, Tyrance, William, and Reshad, Diamond, and Brandon. Furthermore, Allrounda has collaborated with a variety of other artists, including 2 Chainz, KXNG Crooked, and Styles P. His website can be found here.

Allrounda with the ERB Crew 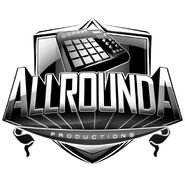 Allrounda's YouTube avatar
Add a photo to this gallery
Retrieved from "https://epicrapbattlesofhistory.fandom.com/wiki/Allrounda?oldid=1452664"
Community content is available under CC-BY-SA unless otherwise noted.