Alphacat portrayed Barack Obama in Barack Obama vs Mitt Romney. He also made a cameo appearance as Barack Obama through reused footage in Frederick Douglass vs Thomas Jefferson.

Iman Crosson, commonly known by his stage name, Alphacat, was born on March 27th, 1982, in Louisville, Kentucky. He is an actor, dancer, and impressionist. He is most notable for his impersonations of 44th President of the United States, Barack Obama, and Canadian rapper, Drake. He has performed in several viral videos, such as "Momentous Day"[1] (Osama bin Laden speech parody) and "Obama's Complete Victory Speech".[2] He has also made appearances in a variety of films, including Along the Roadside, Shadow People, and Mayor Cupcake. 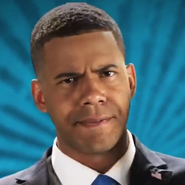 Alphacat and other YouTubers with the real Barack Obama

Alphacat with the real Obama 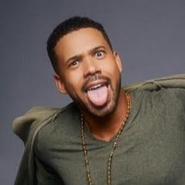 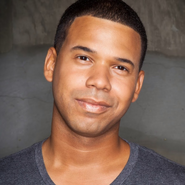 Iman's YouTube avatar
Add a photo to this gallery

Retrieved from "https://epicrapbattlesofhistory.fandom.com/wiki/Alphacat?oldid=1403507"
Community content is available under CC-BY-SA unless otherwise noted.