Angela Denise Trimbur was born on July 19th, 1981, in Bucks County, Pennsylvania. She is a YouTuber, actress, comedian, and dancer, who has appeared in various films and TV shows. Some of these include Halloween II, Entourage, Workaholics, Californication, The Final Girl, CSI: Cyber, and The Good Place. On April 28th, 2015, Comedy Central bought a comedy series co-created by Trimbur, which focuses on a misfit, all-female basketball team in Los Angeles. In 2018, she was diagnosed with cancer.[1] 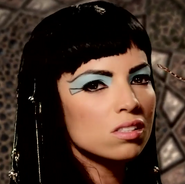 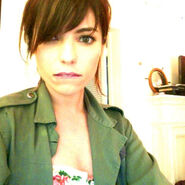 Trimbur's YouTube avatar
Add a photo to this gallery

Retrieved from "https://epicrapbattlesofhistory.fandom.com/wiki/Angela_Trimbur?oldid=1418540"
Community content is available under CC-BY-SA unless otherwise noted.