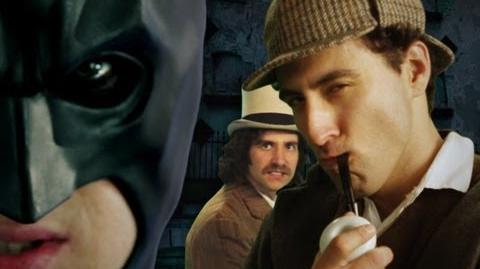 Batman vs Sherlock Holmes is the twenty-sixth installment of Epic Rap Battles of History and the eleventh episode of Season 2. It features the crime-fighting superhero from the DC comic series of the same name, Batman, rapping against one of the greatest fictional detectives of all time, Sherlock Holmes. It also features Batman's sidekick and Boy Wonder, Robin, and Holmes' companion and friend, Dr. Watson. It was released on November 27th, 2012.

[Note: Batman is in gray, Sherlock Holmes is in dark green, Dr. Watson is in light brown, and Robin is in gold. Holmes' thinking is italicized.]

I had Alfred read your books. He told me they suck.

I'll crush your British nuts until they're bangers and mash!

You chump! I kick punks like you off the streets,

While you and Velma here are solving Scooby-Doo mysteries!

Nothing makes me laugh, but I bet your raps can,

So bring it on, bitch… I'm Batman!

I once met a rich fellow who smelled of guano and pain.

Holmes, explain. I deduce this deuce stain is Bruce Wayne!

The billionaire? Yes, his wealth would allow this adversary of ours

To afford the toys he needs, since he has no superpowers!

You want a battle, bat? Bring it then!

I heard he has a British butler! Good! Then he'll be used to getting served by Englishmen!

You're a wack vigilante black pantied spud with no skill!

My sidekick's a doctor, because his flows are so ill!

Shut up, nerds. I serve justice, so eat it!

My sidekick only comes around…

Boy Wonder make you wonder how your ass got killed!

Bite harder than those hounds down in Baskerville!

I'll blast you with that bat-wack-rap repellent!

Rappel a building, snatch a villain, then by dinner be chillin'!

Took her back to my nest to "bam pow kersplat" her!

I'll shatter that fiddle with a chop of the hand!

You're not smart; you're selfish! You endanger everyone's life!

Why don't you let your boyfriend here go home to his wife?

Nobody likes you! Not your brother, not your partner, not Scotland Yard!

You'll die alone with no friends except that needle in your arm!

This mustn't register on an emotional level…

I believe your parents' homicide is why you mask your face.

You're shamed and traumatized and haunted by the vast disgrace

Of watching like a passive waste as momma died and daddy was dispatched with haste! 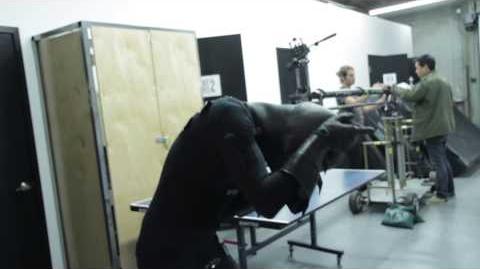 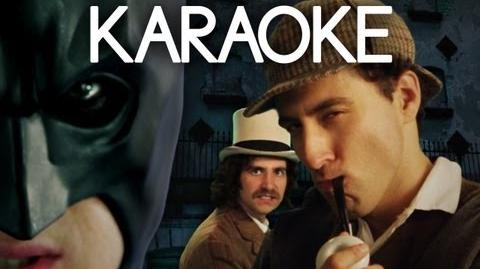 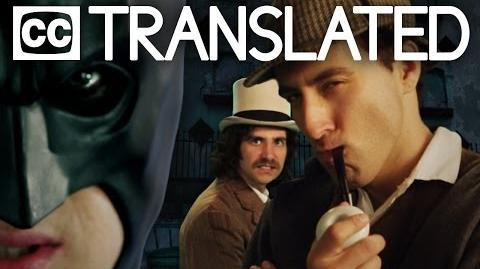