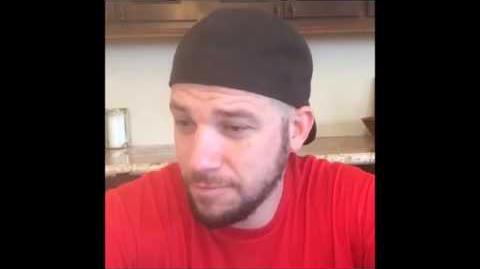 Betty White vs Bettie Page is an unofficial installment of Epic Rap Battles of History that was planned in Season 2, but was scrapped mid-production. It would have featured American actress, Betty White, rapping against the Queen of Pin-ups, Bettie Page.

Bettie Page is my name! I'm the pin-up queen!

I tamed leopards with my fist and some breasty physique!

You're like a hundred and a dumb shit, and you're not still hot either!

Hot in Cleveland? Yeah, you're a Cleveland Steamer!

I sewed my own panties and set fashion trends!

Come see me some time; I'll make you a cute pair of Depends!

I was in Playboy, hag; I got paid to pose!

Folks would shell out all they owned just for you to stay clothed!

Ho, why don't you go make yourself handy?

Dive down and munch on my wrinkled poonannie!

You're a racist, but you'll feel some White power

When I lift my muumuu and give you a Golden Girl shower!

Bettie with the I-E, don't try me!

I'm old and grumpy; it's been a while since I've had a man inside me!

It's just too bad you've outlived all of your friends!

It took Facebook to put you back in the comedy trail!

Congrats on being the oldest host to ever suck on SNL!

If you tripped and fell, you'd probably never get up!

You wear those to remind you banging's all that you're good at?

I'm a calendar girl; you're a GILF at best!

The only thing that needs pinned up on you is your chest!

You went from bondage model to born-again Christian!

Bitch, I'm crazy! I'll stab you like my landlady!

Go back to St. Olaf and keep not having babies!

This is just like one of your old fashion shoots, skank!

Stick a ball-gag in your mouth 'cause you just got spanked!