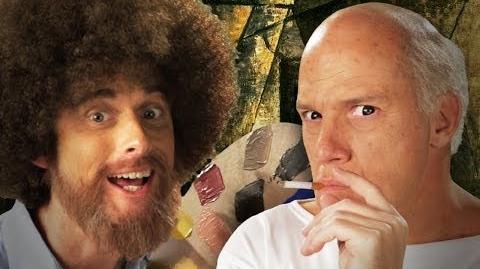 Bob Ross vs Pablo Picasso is the thirty-seventh installment of Epic Rap Battles of History and the fourth episode of Season 3. It features the host of The Joy of Painting, Bob Ross, rapping against renowned Spanish artist and co-creator of Cubism, Pablo Picasso. It was released on November 18th, 2013.

Bob the dog as Lump

I am the greatest: the modern art Muhammad Ali!

Your whole body of work is a fluffy mountain of crap!

You're the PBS version of Nickelback!

But I think you must be a genius 'cause with zero training,

You made millions teaching people how to suck at painting!

Why don't you go back home and beat your brush, you chump?

I could make better art with my wiener, Lump!

I'm so glad you could join me today,

So I could teach you how to feel some joy when you paint.

You're a moody little genius, always so serious.

I know: you must be on your Blue Period!

Call me Jackson Pollock because I splatter MCs

With the voice that soothes, so let's do this.

I'll twist you up like you're a Rubik's cubist!

Don't use that word like you know what it is!

You painted thirty-thousand pictures of bushes and sticks!

Does your audience know that you stole your whole show?

You just ripped off your teacher and added an afro!

Well, Bob is dropping bombs like this is Guernica.

My technique will make your mistress weep,

Put her to sleep, elbow drop her dreams; I go deep,

And I keep it mellow like some Cadmium Yellow.

I'm a bright like Titanium White kind of fellow.

Don't believe in mistakes unless you step to me.

Yo Pablo, you just got your happy little ass beat! 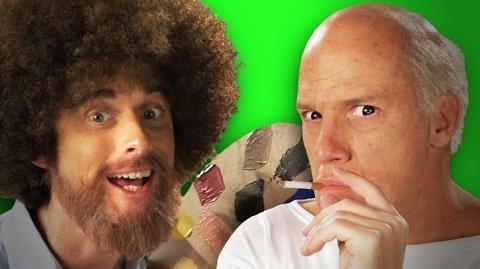 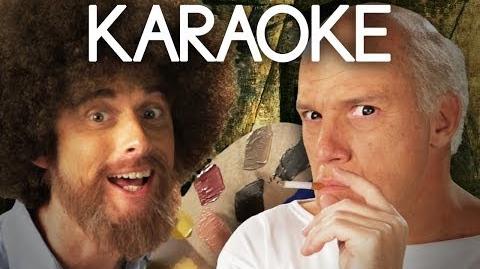 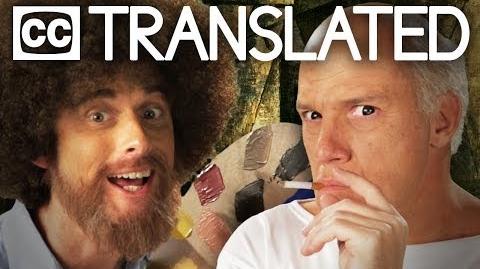 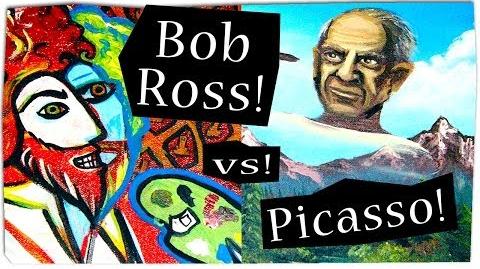 TIMELAPSE ART - Bob Ross VS Pablo Picasso
Add a photo to this gallery
Retrieved from "https://epicrapbattlesofhistory.fandom.com/wiki/Bob_Ross_vs_Pablo_Picasso?oldid=1484207"
Community content is available under CC-BY-SA unless otherwise noted.