Brittany White portrayed herself in Nice Peter vs EpicLLOYD 2.

Brittany M. White is a make-up artist, hairstylist, actress, producer, and member of the Epic Rap Battles of History crew. She worked as a make-up artist for five battles in Season 3: Rick Grimes vs Walter White, Stephen King vs Edgar Allan Poe, Sir Isaac Newton vs Bill Nye, George Washington vs William Wallace, and Artists vs TMNT. She later returned to help out in Season 5 and has worked on every battle since J. R. R. Tolkien vs George R. R. Martin. Currently residing in Los Angeles, California, White is also notable for her work on various projects, such as Road to the Well, Les Tuche 2 - Le rêve américain, and Bart Baker's parodies. Her website can be found here.

White made a cameo appearance as a part of the frustrated crew in Nice Peter vs EpicLLOYD 2 during EpicLLOYD's first verse, when he said the line, "ERB2 is right! I'm covering your ass behind the scenes!" 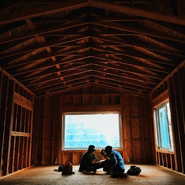 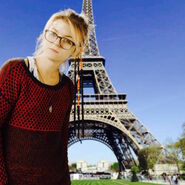 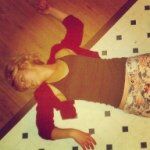