The Pagoda
The Wild West

Bruce Lee vs Clint Eastwood is the twenty-fifth installment of Epic Rap Battles of History and the tenth episode of Season 2. It features Chinese actor and martial arts expert, Bruce Lee, rapping against famous old western actor, Clint Eastwood. It was released on November 12th, 2012.

Xin Wuku as the urban ninjas

Nice Peter as the mustached cowboys

[Note: Bruce Lee is in yellow, and Clint Eastwood is in brown.]

Your movies, they bore us; they're slow as a tortoise!

I'm the king of nunchucks; I fucked up Chuck Norris!

So go ahead…make my iPod.

Fuck you, dude. I even squint better than you! (Oooh…)

I beat the good and the bad; you must be the ugly!

Go tug your pistol for a fist full of your million dollar babies!

You can't be too tough; you got killed by an aspirin,

Leave the rapping to me; stick to Chinese Checkers. 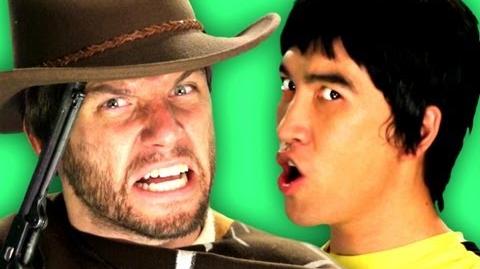 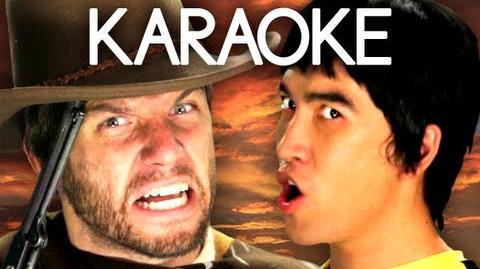 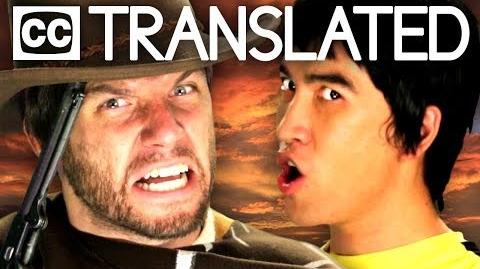 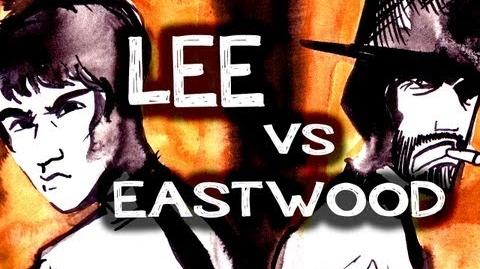 BruceLee VS Clint Eastwood epic drawing of history!
Add a photo to this gallery

Retrieved from "https://epicrapbattlesofhistory.fandom.com/wiki/Bruce_Lee_vs_Clint_Eastwood?oldid=1467408"
Community content is available under CC-BY-SA unless otherwise noted.