Epic Rap Battles of History Wiki
Register
Don't have an account?
Sign In
Advertisement
in: Actors, Season 5, Alexander the Great vs Ivan the Terrible,
and 2 more

Burim Jusufi portrayed one of Catherine the Great's backup dancers in Alexander the Great vs Ivan the Terrible.

Burim Jusufi was born on December 18th, 1986, in Buković, Macedonia. He is one-half of the breakdancing duo, the Jay Brothers, alongside his brother, Illjaz Jusufi. He is also known for his work on the television series Welcome to My World and East Los High as well as the film Breakout. 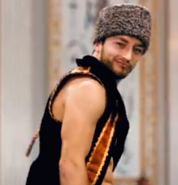 Burim Jusufi as one of Catherine the Great's backup dancers 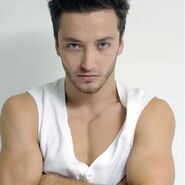