Chris Gorbos is an American actor and is a part of EpicLLOYD's Off the Top improvisational comedy show along with Lauren Flans and others. He has also been in an episode of This Is Mark Twain @AOL written by Mike Betette and Bryce Wissel. He portrayed Peter Venkman in Ghostbusters vs Mythbusters. Before the battle, he also made a cameo appearance in Dis Raps For Hire - Season 2 Episode 5: Diamond at the beginning as a corporate douche. 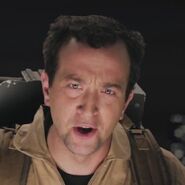 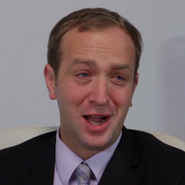 Chris Gorbos as a corporate douche
Add a photo to this gallery
Retrieved from "https://epicrapbattlesofhistory.fandom.com/wiki/Chris_Gorbos?oldid=1344038"
Community content is available under CC-BY-SA unless otherwise noted.