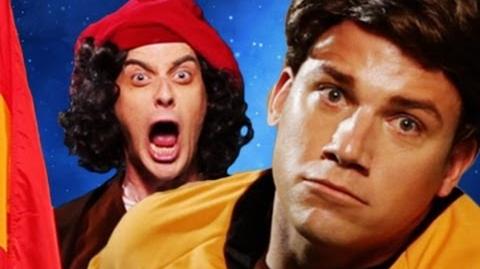 …'Cause we both know in the end which of these captains gonna win!

I'll show you how a real explorer handles a situation!

I'll beat you so bad, they'll feel it in the next generation.

So bring it on! I'll whip you like a Klingon!

My rhymes will burrow in your ears like The Wrath of Khan!

I've got a neck chop for Spock! I'll put my sword through Sulu!

Check into a Priceline hotel and watch your fat ass on Hulu!

I…hear you call yourself an explorer, but I'm just not having it.

You…discovered a new world that was already inhabited!

I'll be…chilling in my spaceship. Have fun canoeing.

You know, rapping against you, it's not even fun.

I am the fabric of history! You are a fictional stain!

I'll stick a flag up your ass and claim you for Spain!

It's…Kobayashi for you. There's no way you could win.

When your…weak crew sees me approaching, they'll be like, "Dammit, it's Jim!"

Now…take your genocidal ass off of my bridge.

Keep my crew's name out of your mouth or you'll get hurt.

I'll Leif Ericson your ass and predate your best work.

Yeoman Rand and Marlena gave you too many favors.

Bones diagnosed, you got sores on your phaser! 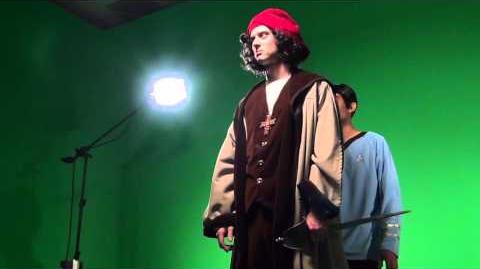 ERB 14 Kirk vs Columbus. Behind the Scenes. 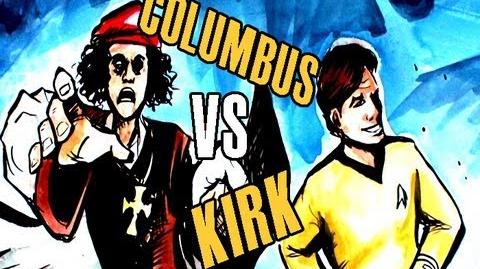 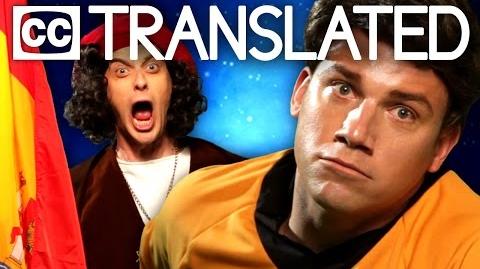