Colin J. Sweeney portrayed Billy Mays in Billy Mays vs Ben Franklin. He also made a cameo appearance as Billy Mays through reused footage in Bob Ross vs Pablo Picasso.

Colin J. Sweeney was born in Houston, Texas. He is an American comedian, improviser, and actor. Since 2004, he has toured the nation with the critically acclaimed Mission IMPROVable improv comedy troupe, performing over a thousand shows at colleges, high schools, festivals, and corporations, including Lollapalooza and Disney Cruise Lines. Currently, he can be seen weekly on stage at the Westside Comedy Theater in Santa Monica or on various television commercials. 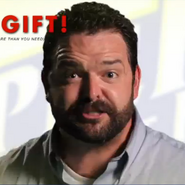 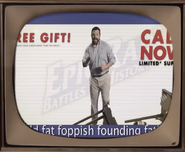 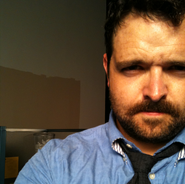 Sweeney's YouTube avatar
Add a photo to this gallery

Retrieved from "https://epicrapbattlesofhistory.fandom.com/wiki/Colin_J._Sweeney?oldid=1455884"
Community content is available under CC-BY-SA unless otherwise noted.