Count Dracula is the title character of Bram Stoker's 1897 gothic horror novel Dracula. He is considered to be both the prototypical and the archetypal vampire in subsequent works of fiction. He is also depicted in the novel to be the origin of werewolf legends.

Count Dracula is an undead, centuries-old vampire, and a Transylvanian nobleman who claims to be a Székely descended from Attila the Hun. He inhabits a decaying castle in the Carpathian Mountains near the Borgo Pass. Unlike the vampires of Eastern European folklore, which are portrayed as repulsive, corpse-like creatures, Dracula is handsome and charismatic, with a veneer of aristocratic charm.

In film, Dracula has been portrayed famously by Bela Lugosi in 1931's Dracula and by Christopher Lee in the Hammer Horror series of Dracula films starting from 1958's Dracula to 1973's The Satanic Rites of Dracula.

[Note: Count Dracula is in gray, while R. M. Renfield is in regular text.]

Does this mic still work after that blah, blah, blah?

The flex of a rear-spearing princeling can't vex me

'Cause I nibble necks and I make it look sexy!

I shapeshift into mist and bone Winona Ryder!

While you've got less taste than an Anne Rice cake!

Your rhymes are empty, like I leave vascular systems!

I'd grant you the privilege of being Dracula's victim,

But the thought of biting you makes me get nauseous!

You don't look like the type that's keen on neck washes!

Wow! I did not know that you could read!

Ha! You thought the sun could kill me? Not true!

I'm the vampire so cold they call me Nosfer-achoo!

My syllable delivery is devilishly intricate!

I rock the house, once I'm invited into it!

And here's a tidbit that you can stick a stake up:

You're losing so bad you should join Team Jacob!

'Cause Vlad the Impaler has just been skewered! 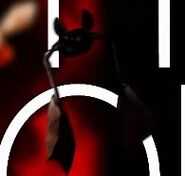 Count Dracula as a bat

A red demo version of Dracula's background
Add a photo to this gallery
Retrieved from "https://epicrapbattlesofhistory.fandom.com/wiki/Count_Dracula?oldid=1469328"
Community content is available under CC-BY-SA unless otherwise noted.