Michael Bugaoan, more commonly known by his stage name, DJ Porchlite, is an American producer, musician, and hip-hop artist. He accompanied Nice Peter, EpicLLOYD, and Dante Cimadamore during the ERB Tour 2015 as their DJ and tour bus driver. He has also shared stages and toured with a variety of well-known artists, such as the Roots, N*E*R*D, Talib Kweli, the Beat Junkies, and Tony Touch. His SoundCloud can be found here. 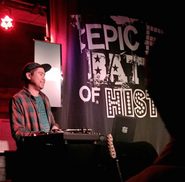 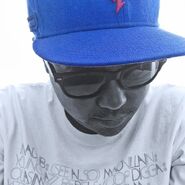 Porchlite's YouTube avatar
Add a photo to this gallery
Retrieved from "https://epicrapbattlesofhistory.fandom.com/wiki/DJ_Porchlite?oldid=1434620"
Community content is available under CC-BY-SA unless otherwise noted.