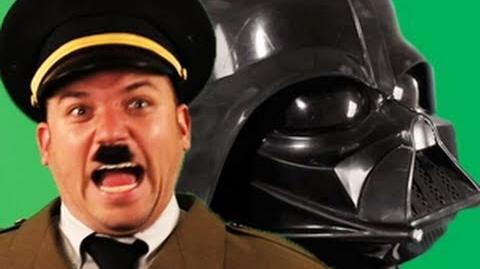 Darth Vader vs Hitler is the second installment of Epic Rap Battles of History and the second episode of Season 1. It features Star Wars character and villain, Darth Vader, rapping against Nazi leader and German dictator, Adolf Hitler. It was released on November 10th, 2010.

Morgan Christensen as a Stormtrooper (cameo)

You have the force to move objects; I am a force truly evil!

You can't rhyme against the dark side of the Force! Why even bother?

So many dudes been with your mom, who even knows if I'm your father?

You're a pissed off little prick with a Napoleon dick!

You call that a mustache? I call that Dirty Sanchez on your lip!

You bitch, let me remind you who you're messing with!

Everything that you did, I'm the mother fucker who invented it!

I'm the original Dark Lord; you're like the sorcerer's apprentice!

My Stormtroopers make yours look like someone took a piece of shit and cloned it!

Now, take a step back and let me freeze yours off!

A little carbonite bath for your goose stepping ass!

We'll call my homeboy in Israel; see who got the last laugh!

You son of a Rodian 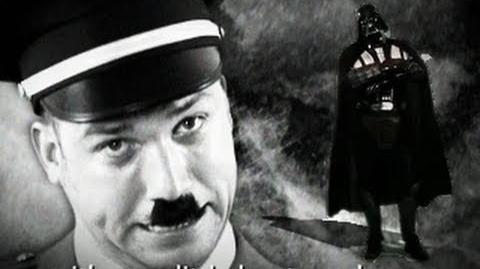 Hitler - Epic Rap Behind the Scenes 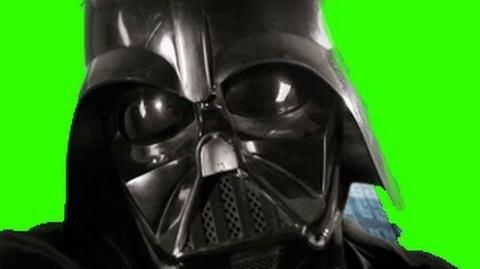 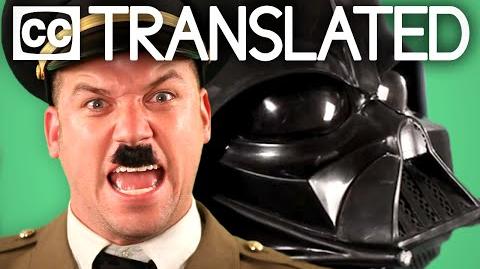