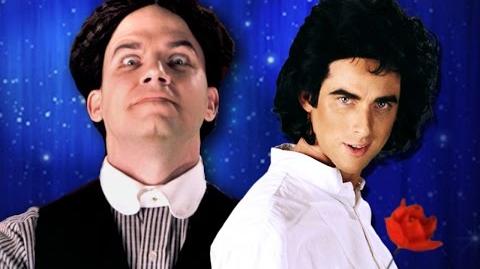 Lewis and Clark vs Bill and Ted

[Note: Harry Houdini is in gray, David Copperfield is in white, and Criss Angel is in purple.]

You've never seen a body quite the same as that of Houdini!

You're not a challenge, David!

So abracadabra, you billowy bitch!

Man, you look like a pirate on the Las Vegas strip!

I'm swallowing needles and spitting out evil; you couldn't escape from a flash paper bag!

I'm badder with patter and matter of fact, you can't match all my skill if you sawed me in half!

Now, you're like a Chinese wall to me. Bitch, I'll walk right through you.

This ain't the magic that you're used to.

I float a rose, hands free, like it's Bluetooth.

The foot of Lady Liberty is stomping on your elephant.

You should stick to what you're good at and lock them lips!

(Ooh!) Here's a tidbit that might drive you nuts:

I bought half your shit, and I keep it locked up!

Got the slim fingers that were built for sleights.

You're a chunky stuntman dressed in tights!

You talk shit about your hero; that ain't right,

But you can look up to me now. I know you like heights!

(Ah!) Your hack of a Bob Saget-y act is embarrassing!

You're the saddest thing to happen to Magic since The Gathering!

I'm hanging by my ankles; from a crane, I dangle!

I got lox on my bagel that you couldn't handle!

And you can't hide shame with a camera angle!

Did somebody say Angel? No. Oh…

See what they'd be watching if it wasn't for me?

I remind the world that magic is supposed to make you happy!

While you waste time proving everybody wrong,

I'm backstage getting my supermodel groove on!

You should relax. Take a private trip

Deep-fried sucker with a side of punch!

You look like a skinny pirate off the Las Vegas strip!

And that hair, are you really for real?

You should change your stage name to David Cockatiel!

You couldn't break your way out of a flash paper bag!

You couldn't match up to my skill if you sawed it in half!

Let me give you something you just don't understand:

You're like a magic Bob Saget and I'm a fucking crazy man!

That are smaller than the ones you spray tan in!

I'm hanging in chains off of cranes and things.

I put my life on the line every time I step in the lime light.

I rhyme right, Magic Mike, you can't even lock down a wife!

And when I smack you in the face it won't be a "sleight of hand"!

Rhymes are as sharp as the part in my hair (Ahhh!)

Hanging 180 from cranes like a hundred and eighty feet up in the air!

I'm Harry Houdini! Holla if you see me!

Meanwhile your act's so embarrassing it's staggering,

The whackest thing that's happening in Magic since The Gathering!

I hang out on cranes chained to with ankle strained straitjacket on.

You hang out with Carrot Top and Celine Dion!

It's something you couldn't understand:

You're a cheerful kind of showman; 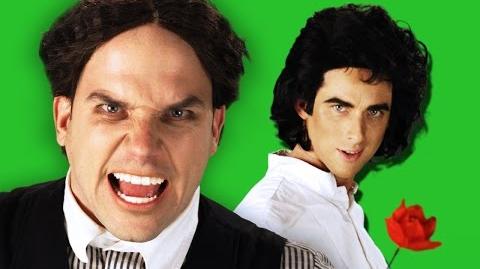 David Copperfield vs Harry Houdini. Epic Rap Battles of History Behind the Scenes. 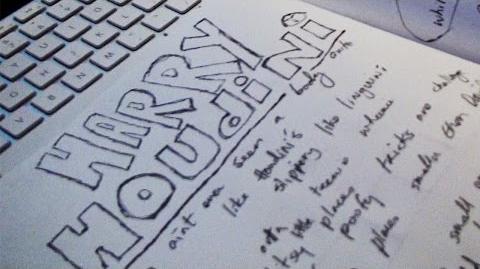 David Copperfield vs Harry Houdini. Behind the Scenes of Epic Rap Battles of History pt. 2 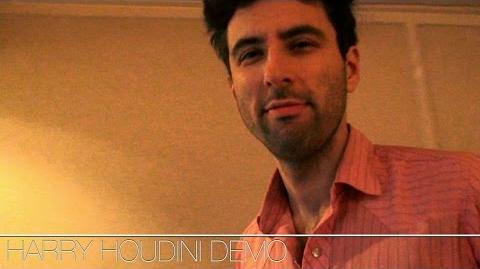 David Copperfield vs Harry Houdini. Behind the Scenes of Epic Rap Battles of History pt. 3 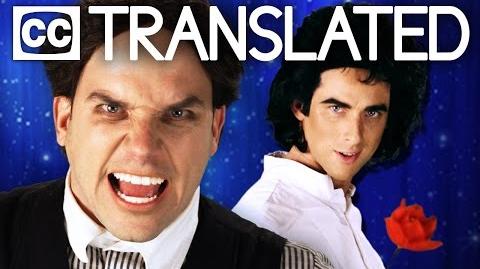