David Narada Thornhill Jr. was born on September 17th, 1983, in Washington, D.C. He is an American film and television actor. He is best known for portraying small roles in some independent films, as well as guest-starring in the first season of House of Cards in 2013. His website can be found here. 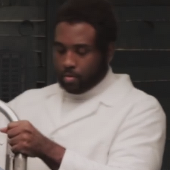