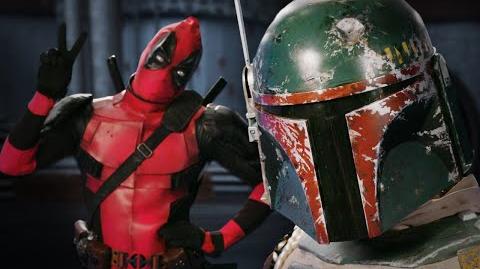 The sewers
A Star Destroyer
A comic book

Deadpool vs Boba Fett is the fifty-eighth installment of Epic Rap Battles of History and the first bonus battle. It features the Merc with a Mouth from Marvel Comics, Deadpool, rapping against galactic bounty hunter from Star Wars, Boba Fett. It was released on December 16th, 2015.

I'm one of a kind; you're a xerox of your papa,

Good thing I keep Tums in the Slave I 'cause your style makes me spacesick,

And your bars are like your old pal, Cable: fucking basic!

I'll smack a merc in the mouth if he doesn't quit running that lip off!

Bitch, who you calling clone? You're a Deathstroke ripoff!

You got Wolverine's powers; man, you're comic sloppy seconds!

That Dr. Killebrew dude needs to go back to med school

'Cause right now, you're no good to me, Deadpool!

I only need five lines 'cause I look fucking great.

You look like someone spilled lasagna on your face!

But you're worth a lot to me if I bring you back dead.

Schizophrenics pay triple: one for each head.

You think your chimichanga's hot, but you couldn't be milder.

You should've made the choice to ditch the prick from Van Wilder!

I'm a legend; you're a trend. You ain't got half the skills I got.

And then I'll call Domino's. (Ooh!) She likes what I'm shaking.

She prefers my durasteel to your Canadian bacon!

Now take a lesson from a genuine assassin who's blasting foes!

I come equipped with a full set of sick Mandalorian flows!

Everybody knows you got that power of regeneration.

Now run home and heal from this disintegration. 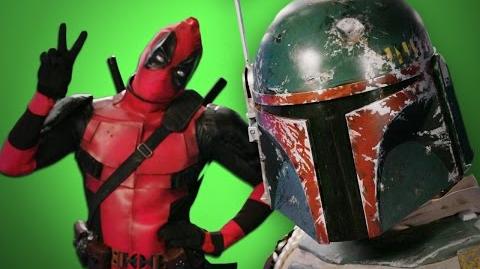 Deadpool vs Boba Fett. Behind the Scenes of Epic Rap Battles of History 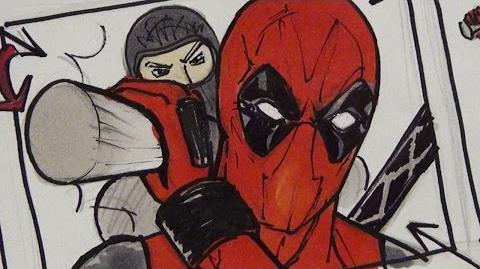 Deadpool vs Boba Fett. Behind the Scenes of Epic Rap Battles of History pt. 2 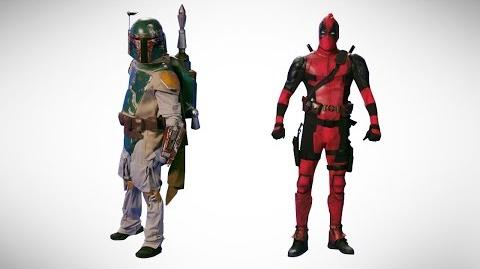 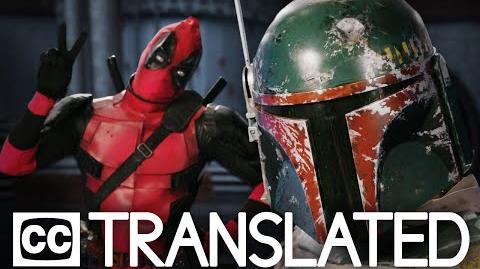