Dr. Phil made a cameo appearance in Oprah Winfrey vs Ellen DeGeneres. He was portrayed by EpicLLOYD and voiced by Nice Peter.

Dr. Phil first gained celebrity status with his appearances on The Oprah Winfrey Show in the late 1990s, after he helped Oprah Winfrey win a lawsuit. She was so impressed that she invited him to be a regular on her show. His no-nonsense approach to counseling troubled guests on Oprah parlayed into his own talk show program, Dr. Phil, in 2002. To this day, his program remains a staple of American midday talk lineups. Dr. Phil is also the co-writer for the legal drama Bull, based on his life as a jury analyst prior to fame.

While successful, Dr. Phil's approach to psychology has drawn some criticism; his methods and advice labeled simplistic and ineffective. He has countered this with stating he "never liked one-on-one counseling".

Dr. Phil enters during Ellen DeGeneres' first verse. After DeGeneres' line, "I got the skill to make Doctor Phil say," he appears to tell his colleague, Oprah Winfrey, "I think you better just leave her alone." 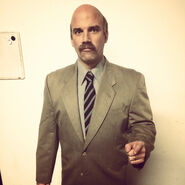 A picture of Dr. Phil posted on EpicLLOYD's Tumblr account 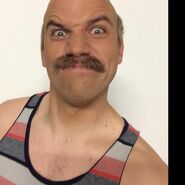