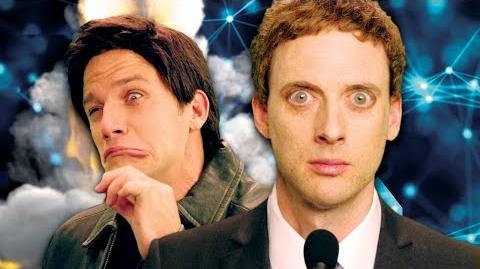 Elon Musk vs Mark Zuckerberg is the seventy-first installment of Epic Rap Battles of History and the unofficial premiere of Season 6. It features the founder and CEO of Tesla, Inc. and SpaceX, Elon Musk, rapping against the creator of the social media network Facebook, Mark Zuckerberg. It was released on December 7th, 2018.

[Note: Elon Musk is in brown, Mark Zuckerberg is in blue, Dianne Feinstein is in pink, and Jean-Luc Picard is in red.]

Flush a Zucker-turd for humanity's health!

I'm making brilliant innovations in a race against the Dark Ages!

You provide a place to discover your aunt's…kinda racist!

Got called to Senate, data hack.

You acted so robotic Star Trek's like, "We need Lieutenant Data back!"

I'm Tony Stark with a James Bond sprinkle tossed in,

And I've been flossin' since you double-crossed the Winklevoss twins!

Data was a lieutenant commander, to start,

But I wouldn't expect you to understand an org chart.

You can't sneak up on Zuck; I don't even fucking blink!

I'm the CEO of KNOWING WHAT YOU THINK, INC.!

I've been looking up your family; it gets dark, my god!

I drive around in a hatchback. Beep beep!

Elon, you're nothing but an attention-seeking outcast,

And your star is faded like you on a podcast!

I got a loan from the White House, boom! Sent that shit straight to the Moon!

Now I'm taking mankind to Mars, but for your kind, man, I ain't got room!

Your platform only launches depression!

Who put the elf with no friends in charge of human connection?

(Hey!) You claim to be some kind of saint, but you ain't!

Why don't you Lean In and FaceMash my musky Dutch taint!

I'm destined to rep Earth; you sold us out for some net worth!

Your site's got so many Russian bots, they should call it the Social Nyet-work!

Ooo, bots! I know A.I. gets you tweeting.

I read your feed while eating toast from robot Morgan Freeman.

You need to start sleeping; we can all see you're tired.

You're about to be CE-Oh shit, he got fired!

(Ooh!) You got all these companies, but they're incomplete!

I've got one, and I fold money: income, pleat!

Set your self-driving truck to haul your ass home

Call me Musk 'cause I reek of wealth! 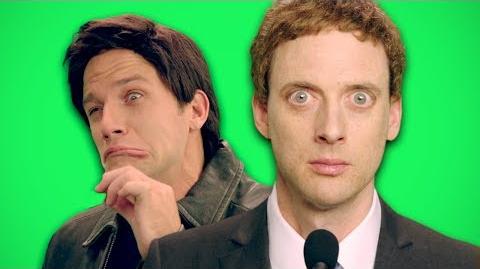 Elon Musk vs Mark Zuckerberg. Behind the Scenes