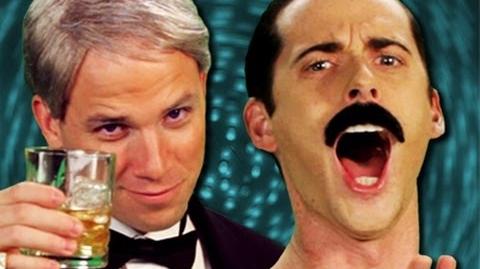 Frank Sinatra vs Freddie Mercury is the twenty-second installment of Epic Rap Battles of History and the seventh episode of Season 2. It features famous singer and actor, Frank Sinatra, rapping against the lead singer of Queen, Freddie Mercury. It was released on October 1st, 2012.

[Note: Frank Sinatra is in dark gray, and Freddie Mercury is in tan.]

With those teeth, when you're through, there'll be no dust left to bite!

Show some class when you dress; shave that bush off your lips!

You dance like you rode a bicycle race with no seat!

That's what's wrong with you people; you'll do anything to get famous!

You changed your name to Mercury. You should've been Freddie Uranus!

You think I haven't heard those things before?

You're just a bully who's too scared to go to war.

You had a hit song called "My Way", but someone else wrote it.

You're the least talented rat in your whole pack of rodents!

You've got four notes in your whole range. You can't act, and you can't dance!

I'm more powerful than you when I'm wearing women's pants!

Why do you stand there in a suit? It's like you're trying to bore me!

Because my songs have balls! They're the anthems of victory!

Your music is like the soundtrack to a vasectomy!

You're in the pocket of the mafia, and everybody knows.

Easy, jaws of life, I can't stand a racist.

I love the coloreds and the queers. Just ask Sammy Davis!

Look, we all wanna swing, baby, but you took it too far.

You played butthole roulette, and you lost the draw!

I took one for both teams from a disease no one knew existed.

I didn't leave a mark on history; I French-kissed it!

I'm a champion of the world (world!); extinguished in his prime! (Prime!)

So kiss my ass, Frankie (ass!), but you'll have to wait in line.

This is show business, baby, tuck in those lips.

What, you got midgets putting chap stick on you in shifts?

You got teeth and hair and shit all over the place! 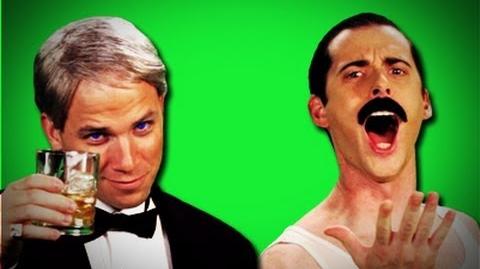 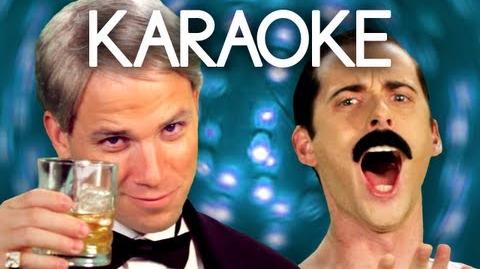 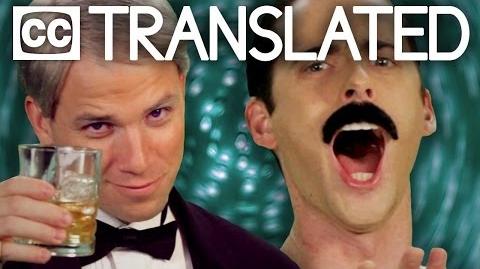 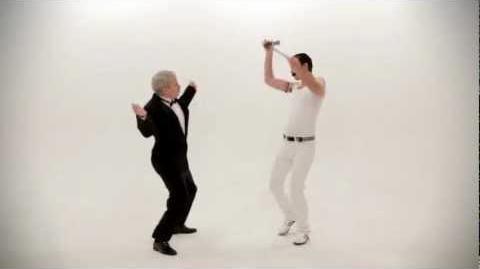