Gabe Michael is an actor, producer, director, writer, editor, and former member of the Epic Rap Battles of History crew. He worked as the producer for Master Chief vs Leonidas, Mario Bros vs Wright Bros, and Michael Jackson vs Elvis Presley, as well as the associate producer for Cleopatra vs Marilyn Monroe. He also helped to produce Dis Raps For Hire - Episode 3 and Dis Raps For Hire - Episode 4. Currently residing in Los Angeles, California, Michael now works as an executive producer and director at his digital production company, Forge Apollo. He portrayed one of the Spartans from Leonidas' army in Master Chief vs Leonidas. His website can be found here. 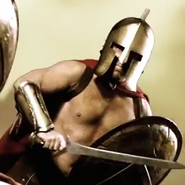 Gabe Michael as a Spartan 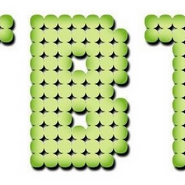