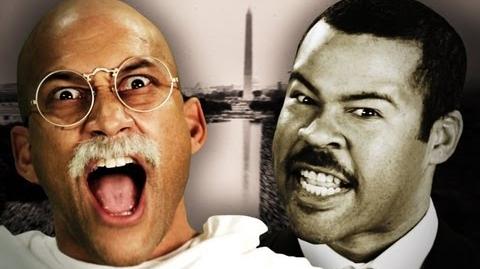 Gandhi vs Martin Luther King Jr. is the twenty-ninth installment of Epic Rap Battles of History and the fourteenth episode of Season 2. It features the Father of India, Gandhi, rapping against the leader of the African-American Civil Rights Movement, Martin Luther King, Jr. It was released on February 25th, 2013.

EpicLLOYD as the white preacher in the Civil Rights March (cameo)

You want to battle wits? See who's a better pacifist?

I fought the caste system, but you still cannot touch this!

Everything you preach, I said it first!

You should jot down these words, plagiarize my whole verse!

Leave your thoughts on the door like the real Martin Luther!

I'm not thinking you shall overcome this, Junior!

I’m the King of civil rights from the city to suburbia!

No shoes, no shirt, but I’m still gonna serve ya!

Make ya swallow your words so you can break the fast,

Then thank God all mighty you can eat at last!

I admire the way you broke the British power,

But I have a dream that one day you'll take a shower!

Like the "H" in your name, you ought to remain silent!

You would know about bread, Dr. Birmingham sandwich!

Boycott those grits, sit in with some spinach!

With protests and women, the same advice goes:

Always stay away from the ho's!

I've got so much street cred, they write my name on the signs!

I'd ring you for tech support, but I got a no bell prize!

N*gga, we got more beef than one of your sacred cows,

But I'm about to forgive you so hard right now!

I am passively resisting the fact that you suck.

I am celibate because I don't give a fuck!

God taught us not to judge men by the color of their skin,

But my momma told me not to stand downwind,

I have a dream that one day you'll put on pants!

Any man with more than two teeth can out eat you!

I'll call you for technical support, when I need it on my Nobel prize!

Brother, I know we got more beef than one of your sacred cows,

Boycott those carbs, sit-in on some spinach! 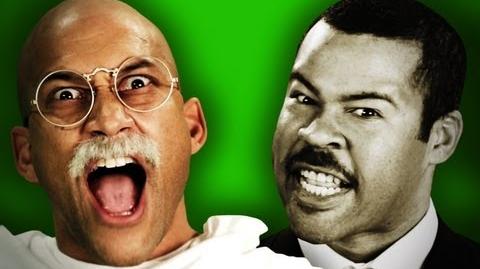 Gandhi vs Martin Luther King - Behind the Scenes 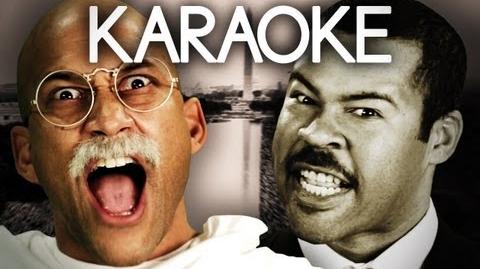 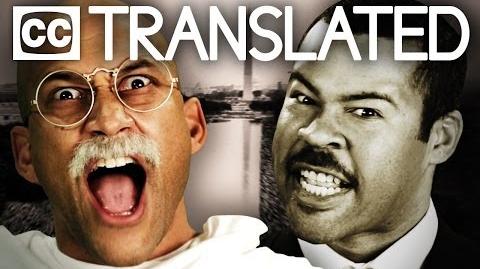 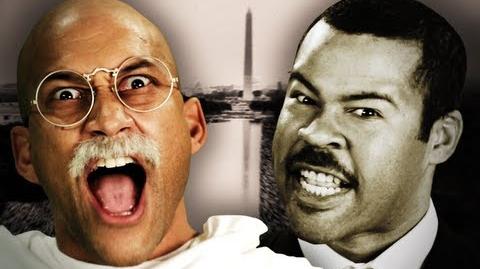 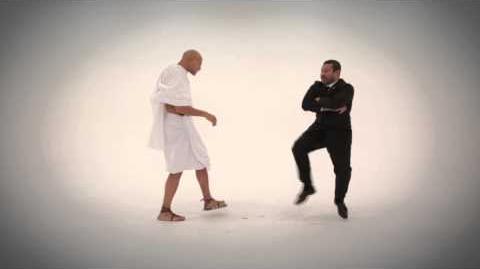