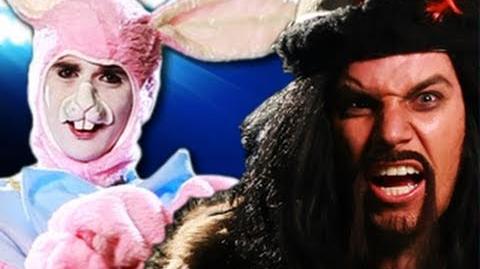 Genghis Khan vs Easter Bunny is the eighth installment of Epic Rap Battles of History and the eighth episode of Season 1. It features the founder of the Mongol Empire, Genghis Khan, rapping against the Easter mascot, the Easter Bunny. It was released on April 20th, 2011.

Nice Peter as the Easter Bunny

How you gonna battle? I invented hip-hopping!

My little tail swinging and my big ears flopping!

The Easter Bunny, baby. I deserve to be arrogant!

Ooh, what you gonna do?

You've got a bucket on your head and a fu manchu!

The Great Wall couldn't keep you out of China!

Watch me rub my foot for luck and stick it right up your vagina!

Your bunny ass about to feel the wrath of Khan!

You've got two giant ears but can't hear that you suck!

I drive a Mongol horde; your army is weak!

What? You going to attack me with a posse of peeps?

I'll bite off your tail and punch your teeth down your throat,

Then butcher your family, and make a new coat!

Take it easy, baby. No need for this meanness.

We should keep it peaceful, homeboy, Jesus!

I give people candy. You just like to pillage.

Why don't you get out of my face and go back to your village?

From Poland to Korea, I ravaged the land!

Now my DNA's in dudes from New York to Japan!

Ha! Easter my ass, you're not in the Bible!

You're a fluffy bitch mascot for Hallmark in denial! 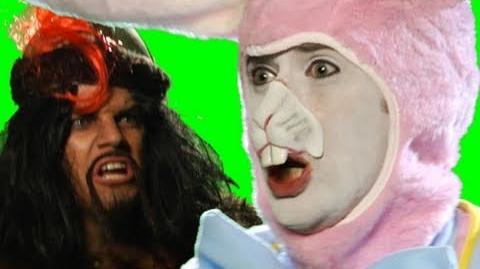 Epic Rap Battles of History 8. Behind the Scenes. 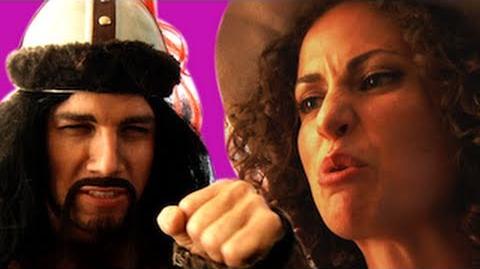 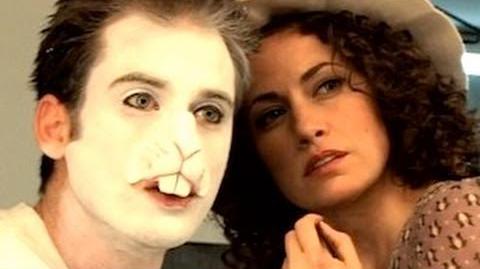