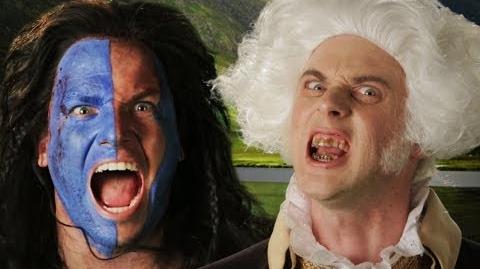 [Note: George Washington is in gold, William Wallace is in blue, the Americans are in dark blue, and the Scotsmen are in brown.]

There's a difference between you and me, Willy.

I fought till I was actually free, Willy!

I got my face on a quarter.

You got drawn and quartered,

Tortured on the orders of a king, really?

How'd you get beat by a dude named Longshanks?

You hot dogged and he cut off your bean franks!

(Ugh!) Stone face with a grill of sheep teeth!

(Naargh!) A Mel Gibson movie is your legacy!

Stroke! Roll up in a boat. Stroke! You're sleeping, cut your throat.

Stroke! I watch the blood flow; now who's got that red coat?

Look at ya, in your little blousy outfit,

Looking like a stiffer white dick than your monument!

I'll knock you the fuck out, mate!

This powdered prick couldn't beat me in a foot race!

I was emasculated, eviscerated!

I had my head chopped off and they put it on a pike,

And I still find time to bust a Gaelic rhyme

And rip your Yankee Doodle arse on the mic!

I'll knock your face off your moola!

Founding father, but no children.

Crossed the Delaware, but your soldiers can't swim!

That's Washington, such a shite tactician!

The fucking British Army didn't even want him!

Stay hid in your office or suffer great losses!

I pop my kilt, strap my sword in my hilt,

Step on the battlefield, and I'm ready to kill!

Send all you politicians straight down to hell!

The only Washington I trust is Denzel!

Is that the best you got for me?

I chop down an emcee like a cherry tree!

See, power! That's what the meaning of my flag is!

Your nation's famous for golf and haggis!

I'm fabulous from my head to my shoe buckle!

Step to me, you catch a knee to the moose knuckle,

'Cause I know you don't wear no draws!

I'm dressed like a pimp, best moves at the ball!

I don't give a shite 'bout your fancy clothes!

You whipped all of those out of slave black folks!

Grew weed, then you made hemp rope,

But if you think you'll beat me, you must be having a smoke!

No joke! Don't tee off with me, laddy!

If you held my balls, you couldn't be my caddy!

My style's ice cold; yours is old and shabby!

You're the father of your country, but I'm your daddy!

Add a loss, not a win, to your tally, George.

My heart's colder than the wintertime in Valley Forge!

Jersey put your face on a bill, but it's the one that's least valuable!

And your monument represents you perfectly: it's an enormous phallic tool! 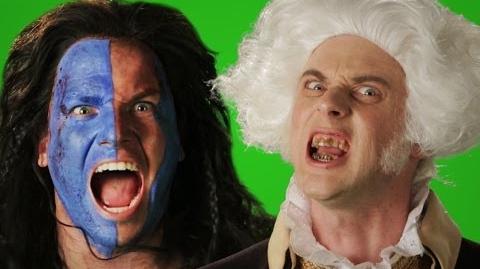 George Washington vs William Wallace. Behind the Scenes of Epic Rap Battles of History. 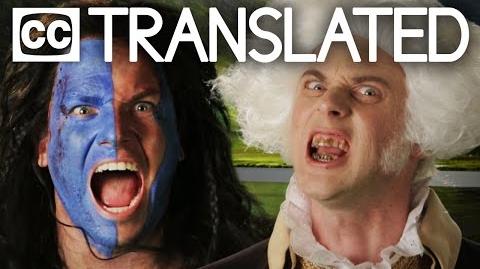 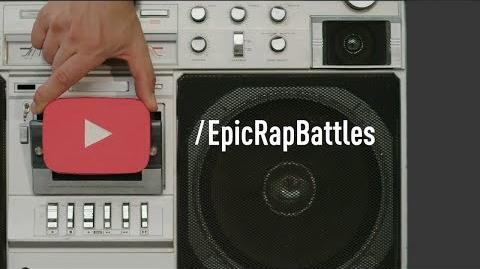 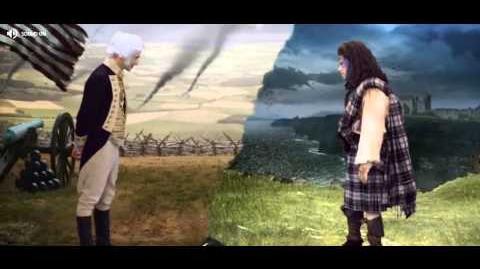