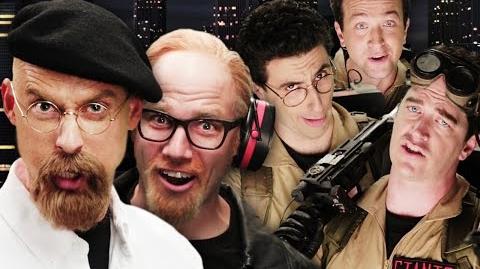 Ghostbusters vs Mythbusters is the forty-sixth installment of Epic Rap Battles of History and the first episode of Season 4. It features the Ghostbusters: Peter Venkman, Ray Stantz, Egon Spengler, and Winston Zeddemore, rapping against the Mythbusters: Jamie Hyneman and Adam Savage. It also features the Mythbusters' Build Team: Kari Byron, Grant Imahara, and Tory Belleci, and the possessed mascot of the fictional Stay Puft Marshmallows company, the Stay Puft Marshmallow Man. It was released on November 10th, 2014.

[Note: To distinguish which team member is saying which line, there is a color-coding process. For the Ghostbusters, Peter Venkman is in blue, Ray Stantz is in red, Egon Spengler is in green, and Winston Zeddemore is in purple. For the Mythbusters, Adam Savage is in yellow, Jamie Hyneman is in brown, Tory Belleci is in turquoise, Grant Imahara is in lime, and Kari Byron is in orange. Furthermore, the Stay Puft Marshmallow Man is in gray and Janine Melnitz is in magenta. If either team is rapping together, they are in regular text.]

Are you tired of two geeks in mustaches

Who can manage to be boring with explosions and crashes?

If you, or the Lorax, wanna bust like we do,

Give us a call. We're ready to defeat you!

Get the people moving like the Statue of Liberty!

Try to beat us in a battle? Man, you gotta be kidding me!

The delivery of Stantz stands straight like my main man's slinky!

I collect spores. Tell him 'bout the Twinkie.

That's enough from the walrus and dickless the clown.

Let's show these myth bitches how we do it downtown!

High speed shows your ass get beat in slow motion!

We roast show hosts when our flows cross streams!

Pumping out blockbusters, while you work behind the scenes!

It's a rap test, dummy, and you're both getting crashed!

We came, we saw, we kicked your ass!

(Hey!) Things are getting scary when Tory, Grant and Kari

Well, just say the first thing that pops into your mind.

I smother Ghostbusters in fluffernutter. I don't play!

I live so large, you can't harsh my mellow.

Just one step took me out the ghetto!

You best be afraid of my marshmallow flows

'Cause Big Puft just turned all you bitches to toast!

That's enough from walrus and dickless the clown.

Raise up, Stay Puft and I'm coming in!

I'll flip skeptics till they're butter-side up,

And shred your street cred like a cannonball, what!

You punk busters better watch who you're summonin'!

Raise up, it's Stay Puft and I'm coming in!

(Uh!) Flip skeptics till they're butter-side up!

Ghostbusters get covered in fluffernutter spray!

So watch a real rapper rock a beret! (Hey.)

My marshmallow flows turn these bitches to toast,

Show you all better be afraid of Big Puft! 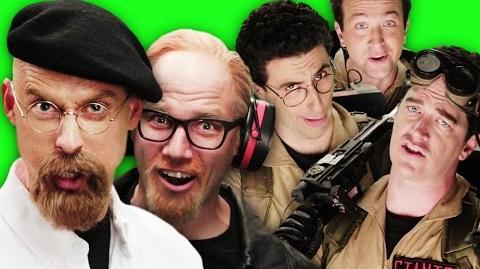 Ghostbusters vs Mythbusters. Behind the Scenes of Epic Rap Battles of History 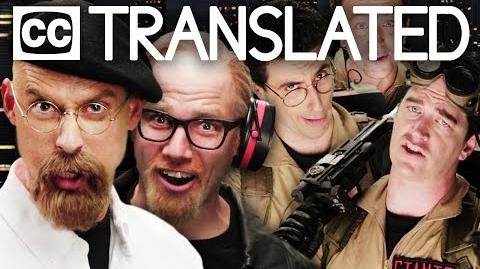 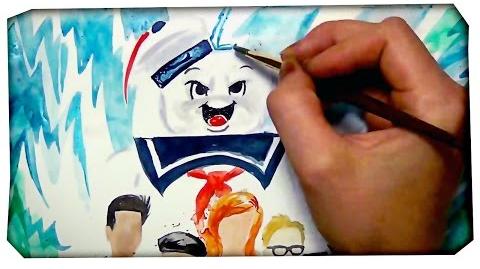 Ghostbusters VS Mythbusters time lapse painting - by Mary Doodles
Add a photo to this gallery
Retrieved from "https://epicrapbattlesofhistory.fandom.com/wiki/Ghostbusters_vs_Mythbusters?oldid=1494166"
Community content is available under CC-BY-SA unless otherwise noted.