Hannah Hart portrayed Bonnie Parker as part of Bonnie & Clyde in Romeo and Juliet vs Bonnie and Clyde.

Hannah Maud Hart, sometimes nicknamed Harto, was born on November 2nd, 1986, in San Francisco, California. She is an internet personality, comedian, author, and actress. She is best known for starring in My Drunk Kitchen, a weekly series on YouTube in which she cooks something while intoxicated. Apart from her main channel, she also runs a second channel where she talks about life in general and gives her opinions on various topics. She has written a parody cookbook which was a New York Times bestseller for five weeks, and has also co-produced and starred in two comedy films, Camp Takota and Dirty 30, both alongside Mamrie Hart and Grace Helbig. She also has her own Food Network television series, I Hart Food. 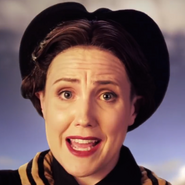 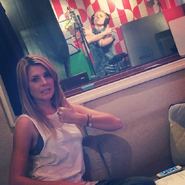 Grace Helbig and Hannah Hart at the recording studio 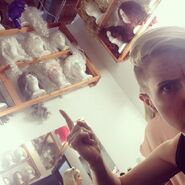 Hannah Hart in the dressing room 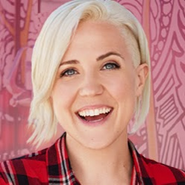 Hannah Hart's YouTube avatar
Add a photo to this gallery
Retrieved from "https://epicrapbattlesofhistory.fandom.com/wiki/Hannah_Hart?oldid=1421894"
Community content is available under CC-BY-SA unless otherwise noted.