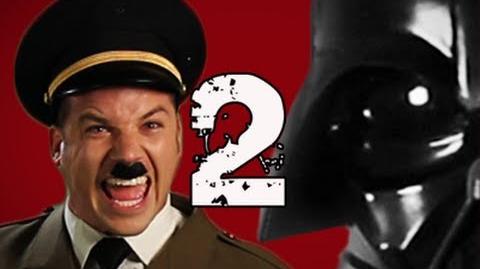 Hitler vs Vader 2 is the sixteenth installment of Epic Rap Battles of History and the first episode of Season 2. It features Star Wars character and villain, Darth Vader, rapping against Nazi leader and German dictator, Adolf Hitler. It was released on December 8th, 2011.

Morgan Christensen as a Stormtrooper

[Note: In the previous battle, Vader had Hitler frozen in a carbonite block. The case was presumably escorted to Jabba the Hutt's lair, where this battle opens with Vader disguised as Boushh the Bounty Hunter. "Boushh" can be seen disengaging the case locks and thawing Hitler out for a rematch.]

[Note: Adolf Hitler is in brown, Darth Vader is in dark gray, the Stormtrooper is in light gray, and Stephen Hawking is in cream.]

Someone who loathes you, bitch; now stand up and rhyme!

I only thawed you out so I could beat your ass a second time!

I'm on the leader of your limp-dicked Luftwaffe!

I strike back hard against a Nazi!

Brain-toss your ass in the air: Yahtzee!

Ask Indiana Jones who the fuck I am!

I spit sick shit so focused I break your concentration camp!

So suck on deez… Uh…deez what, sir? Deez robot nuts!

So let me do it with my own eyes!

Because you're standing over the Rancor Pit. 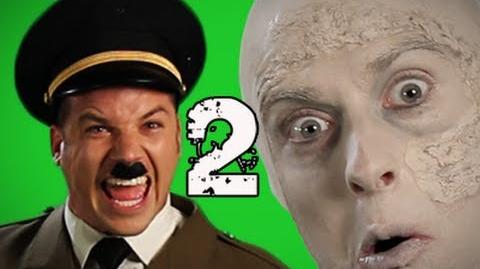 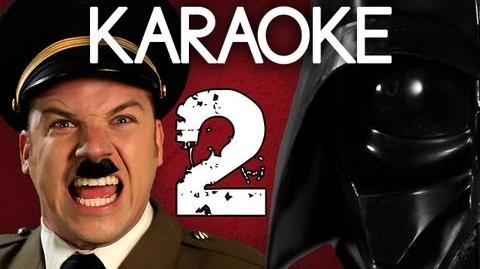 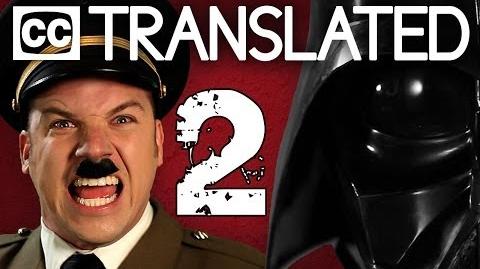 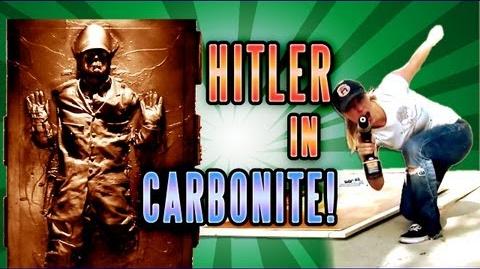