Jerry Angelo Brooks, better known as J. B. Smoove, was born on December 16th, 1965, in Plymouth, North Carolina. He is an actor, writer, comedian, producer, and voice actor. Smoove is most notable for his recurring role as Leon on the HBO series Curb Your Enthusiasm. He has also appeared in several films, such as Date Night, The Sitter, The Smurfs 2, and We Bought a Zoo. His website can be found here. 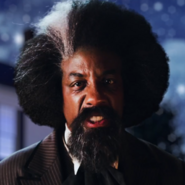 J. B. Smoove as Frederick Douglass 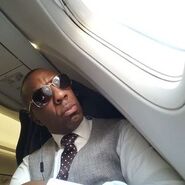 Smoove's Twitter avatar
Add a photo to this gallery

Retrieved from "https://epicrapbattlesofhistory.fandom.com/wiki/J._B._Smoove?oldid=1403753"
Community content is available under CC-BY-SA unless otherwise noted.