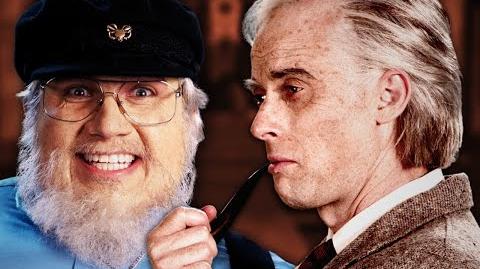 Joey Greer as a human warrior and an Orc

The Eye of Sauron (animation)

Gather up your trolls and your soldier elves,

And your Ents and your Orcs, and your Wargs and your Stings,

Your dwarves and Glamdrings, 'cause there's a new literary Lord in the Ring!

My readers fall in love with every character I've written!

All your bad guys die and your good guys survive!

We can tell what's gonna happen by page and age five!

Tell your all-seeing eye to find some sex in your movies!

(Yeah!) Ditch the Goonie and cast a couple boobies!

There's edgier plots in that David the Gnome!

I conscientiously object to what you're doing on these beats.

I'll cut you like my teeth on Beauty and the Beast!

You went too deep, Professor Tweed-pants!

We don't need the backstory on every fucking tree branch!

Man, your fat jokes are worse than your pipe smoke!

My show's the hottest thing on HBO!

I'm rock and roll; you're a nerdy little nebbish,

And I may be dirty, but you got a hairy-foot fetish, dog!

Even the names of your characters suck:

I got a second breakfast for all them goofy fucks!

Lift up my gut and tea-Baggins my nuts!

I was pushing boundaries and taking chances!

You were daydreaming, squatting in the trenches!

Spend less time on Mordor and more on the mortars!

You're a bigger wooden stiff than Gandalf's staff!

You gave us abstinence and Gary Gygax!

Not folk songs and washed-up kids from The Goonies! 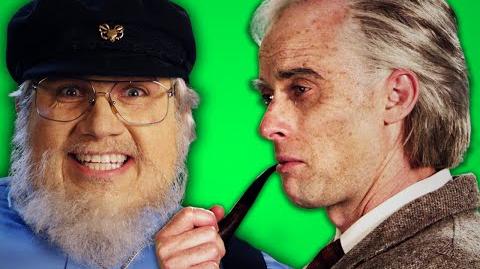 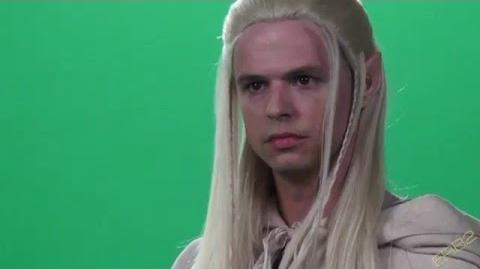