Jackson Adams worked as a director for Hitler vs Vader 3 and Blackbeard vs Al Capone.

Jackson Adams was born on November 10th, 1987, in Northampton, Massachusetts. He is an American director, writer, and producer. Currently residing in Los Angeles, California, he is most notable for his work on a variety of short films, such as "The Long Road to Gary", "Warren Budd and His Propeller Plane", and "Universal Superkinetics". His website can be found here. 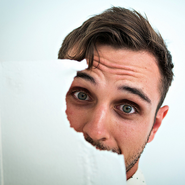 Adams' Twitter avatar
Add a photo to this gallery
Retrieved from "https://epicrapbattlesofhistory.fandom.com/wiki/Jackson_Adams?oldid=1380500"
Community content is available under CC-BY-SA unless otherwise noted.