Javi Sánchez-Blanco portrayed John Schrank in Theodore Roosevelt vs Winston Churchill and himself in Nice Peter vs EpicLLOYD 2.

Javier "Javi" Sánchez-Blanco Boyer was born on February 12th, 1996, in Madrid, Spain. He is an editor and a member of the Epic Rap Battles of History crew. He has worked as an editor/VFX compositor for the series since Jim Henson vs Stan Lee. He was responsible for making the James Bond title sequences and the gun barrel sequence used in James Bond vs Austin Powers. He is also responsible for the re-edit of Hulk Hogan and Macho Man vs Kim Jong-il.

Sánchez-Blanco made his cameo appearance during the line, "To take over control of some shit I'm already doing just fine!" He prepares to edit the battle's intro after receiving the footage from Josh Best. He later made an appearance again during the interlude between Nice Peter's third and fourth verse, sitting in front of the computer with Andrew Sherman, saying "I guess so," accepting Peter's apology. 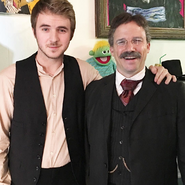 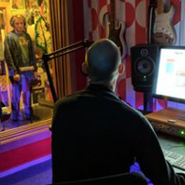 Sánchez-Blanco in the recording booth 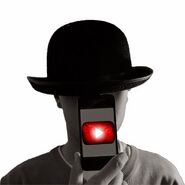