Jenna Nicole Mourey, more commonly known by her YouTube name, Jenna Marbles, was born on September 15th, 1986, in Rochester, New York. She is an American actress, entertainer, and YouTube personality. She is most notable for her video "How to trick people into thinking you're good looking".[1] Her YouTube channel has gained over 16 million subscribers and 2 billion views. She is also known for collaborating with other YouTubers on projects, such as Smosh: The Movie and Natural Born Pranksters. Her website can be found here. 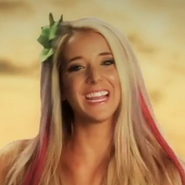 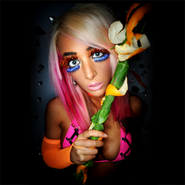