Joey Greer portrayed a Scotsman in George Washington vs William Wallace. He later portrayed a human warrior and an Orc in J. R. R. Tolkien vs George R. R. Martin.

Joey Greer was born on April 24th, 1988, in Miami, Florida. He is an actor, comedian, improviser, and writer. Greer is best known for his work in the movie At Middleton, the television series Welcome Home, Loser, and the short films "Near Life", "This Is How You Die", and "Catchphrase: The Rise and Fall of Flip Flop Collins". He is also the founder of the Bear Supply show, which he has performed in with Morgan Christensen at M.i.'s Westside Comedy Theater. 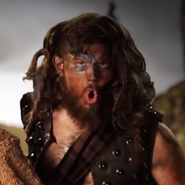 Joey Greer as a Scotsman

Joey Greer as a human warrior

Joey Greer as an Orc 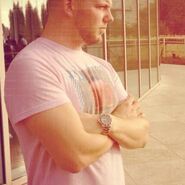 Greer's YouTube avatar
Add a photo to this gallery
Retrieved from "https://epicrapbattlesofhistory.fandom.com/wiki/Joey_Greer?oldid=1403654"
Community content is available under CC-BY-SA unless otherwise noted.