Jordan Haworth Peele was born on February 21st, 1979, in New York City, New York. He is an American actor, comedian, and screenwriter, best known for starring in the Comedy Central sketch series Key & Peele along with Keegan-Michael Key, and for his five seasons as a cast member on MADtv. He has also appeared in several films, such as Wanderlust, Keanu, and Storks. He made his directorial debut with the horror film, Get Out, which received great critical and financial success and won an Academy Award for Best Original Screenplay. In 2019, his reboot of the classic sci-fi/horror television program The Twilight Zone premiered, where he serves as the series' narrator/host. 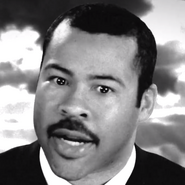 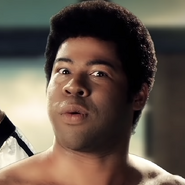 Muhammad Ali's title card
Add a photo to this gallery

Retrieved from "https://epicrapbattlesofhistory.fandom.com/wiki/Jordan_Peele?oldid=1432782"
Community content is available under CC-BY-SA unless otherwise noted.