Jose Mendoza was originally set to portray a Civil Rights March Extra in Gandhi vs Martin Luther King Jr., as shown in an exclusive video of the battle from the official Epic Rap Battles of History Website; however, it was ultimately scrapped.

Jose "Jay" Mendoza was born on January 10th, 1989, in Venice, California. He worked as a production assistant for the Epic Rap Battles of History crew from Nice Peter vs EpicLLOYD to Donald Trump vs Ebenezer Scrooge. Mendoza was also credited for working the Behind the Scenes camera for Gandhi vs Martin Luther King Jr., Nikola Tesla vs Thomas Edison, and Rasputin vs Stalin. Additionally, he was involved with the transportation and construction of the block of carbonite that Adolf Hitler was frozen in for Hitler vs Vader 2, as well as the transportation of the double bass used by Mozart in Mozart vs Skrillex. His website can be found here. 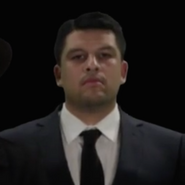 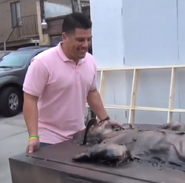 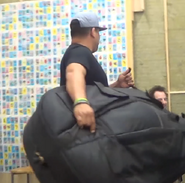 Mendoza in the Behind the Scenes video for Rasputin vs Stalin 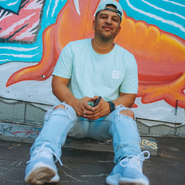 Mendoza's YouTube avatar
Add a photo to this gallery
Retrieved from "https://epicrapbattlesofhistory.fandom.com/wiki/Jose_Mendoza?oldid=1386923"
Community content is available under CC-BY-SA unless otherwise noted.