Jose "Joe" Molina is an actor, producer, and musician who currently resides in Los Angeles, California. He is most notable for being a former bassist for the post-punk band Egrets on Ergot. He is also known for his work as a co-producer on the short film "Imagination of Young". He portrayed an Indian Independence March Extra in Gandhi vs Martin Luther King Jr. 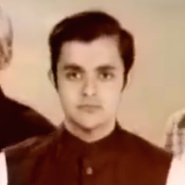 Jose Molina as an Indian Independence March Extra
Add a photo to this gallery
Retrieved from "https://epicrapbattlesofhistory.fandom.com/wiki/Jose_Molina?oldid=1147322"
Community content is available under CC-BY-SA unless otherwise noted.