Keegan-Michael Key was born on March 22nd, 1971, in Southfield, Michigan. He is an actor and comedian, best known for starring in the comedy sketch series MADtv and in the Comedy Central sketch series Key & Peele along with Jordan Peele. He also hosted the show The Planet's Funniest Animals for a short time. Furthermore, Key has appeared in several films, including Let's Be Cops, Horrible Bosses 2, Pitch Perfect 2, Tomorrowland, Hotel Transylvania 2, Keanu, The Angry Birds Movie, and Why Him?. 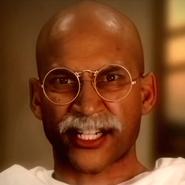 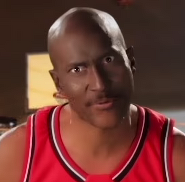 Michael Jordan's title card
Add a photo to this gallery

Retrieved from "https://epicrapbattlesofhistory.fandom.com/wiki/Keegan-Michael_Key?oldid=1494094"
Community content is available under CC-BY-SA unless otherwise noted.