Kyle James Kozub Mooney was born on September 4, 1984 in San Diego, California. He is an actor, comedian, and writer. He has been a main cast member on the television show Saturday Night Live since 2013. He has also made appearances in a variety of films, such as Hello, My Name Is Doris, Me Him Her, Zoolander 2, Neighbors 2: Sorority Rising, and Brigsby Bear, a film co-written by Mooney and directed by Dave McCary. As seen in the behind the scenes video for his battle, Mooney is also a talented musician. 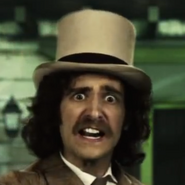 Sherlock Holmes' title card, in which Dr. Watson appears in

Kyle Mooney and Jon Na in the behind the scenes video for Dr. Seuss vs Shakespeare 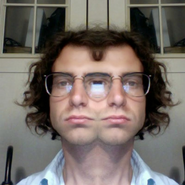