Stefani Joanne Angelina Germanotta, better known by her stage name Lady Gaga, was born on March 28th, 1986, in New York City, New York. She is an Oscar-winning singer, songwriter, and actress. She is noted for her flamboyant and diverse contributions to the music industry via her fashion, live performances, and music videos. Gaga has had hits with her music, such as "Just Dance", "Poker Face", "Bad Romance", "Born This Way", and many more.

After an apparent mental breakdown that included an infamous stunt at a New York Yankees game in 2012, Gaga retreated from public view. She resurfaced two years later working on a jazz collaboration with longtime crooner Tony Bennett, also working with a voice coach to refine her skills. The fruits of this labor ripened at the 2015 Academy Awards as Gaga performed several tracks from The Sound of Music. From this point on, she launched a comeback, starting in 2016 with her fifth studio album, Joanne. Gaga would perform at consecutive Super Bowl games, and pay tribute to the late performer David Bowie at the 2016 Grammy Awards. She would later be billed as the lead actress for one season of the TV series American Horror Story.

In 2019, she won her first Academy Award for Best Original Song with "Shallow", written for her collaboration film with actor-director Bradley Cooper, A Star Is Born. She was nominated for Best Actress in a Leading Role as well, but did not win.

Despite her litany of accolades, Gaga revealed her struggle with chronic pain due to fibromyalgia. She is the subject of her 2017 autobiographical documentary Gaga: Five Foot Two, and seeks to advocate and advance research into chronic illnesses.

You know me as the Lady Gaga, singer, cultural icon, person of fame, human trumpet! Yes, I am these things. I am also Stefani Joanne Angelina Germanotta, a little girl from New York City who loves art and music and performing and LIFE! She, who is me, attended NYU to study musical theater and follow her dream. Which I did. After performing in the NYC club scene for years doing experimental art mixed with music and going through a lot of recording label bullshit, I finally became the wonderful, famous artist you must adore. But how did I become The Lady Gaga? The name comes from a text that autocorrected the Queen song Radio Gaga to Lady Gaga, who then became me. Now, I have millions of fans, which I call my "little monsters" and I have been labeled The Queen of Pop. It is a large responsibility to be this amazing and I take it very seriously. I am vigorously against bullying and I support LGBT rights by doing things like wearing a meat dress to the VMA's. It also helps that sometimes I like to be really, super weird for no reason. Snowcone!

I think I'd rather elect a smurf than vote for you.

Governor of Alaska? That's like the principal of a home school.

You are the sum of everything I despise,

With the most dysfunctional family since The Jackson fucking Five!

Just trust me: your fifteen minutes of fame came and went.

Go back to your igloo. Spend some time with your kids before they're pregnant.

Your frigid little body couldn't even handle what I do.

I think the truth is, Sarah, my music just scares you.

I sound more intelligent than you when I fart!

I wonder if you even know how to spell the word art!

You don't belong in politics; you belong in a hockey game! 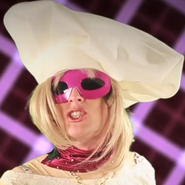 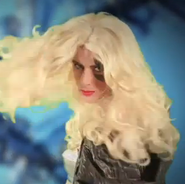 Gaga in another one of her outfits 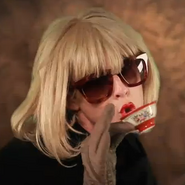 Gaga having a cup of tea, after changing her attire 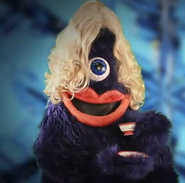 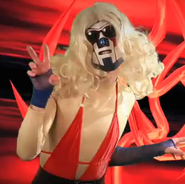 Another one of Lady Gaga's outfits

Gaga's last outfit change
Add a photo to this gallery
Retrieved from "https://epicrapbattlesofhistory.fandom.com/wiki/Lady_Gaga?oldid=1455875"
Community content is available under CC-BY-SA unless otherwise noted.