Lao Tzu was a philosopher and poet of the ancient Chinese period. He is best known as the reputed author of Tao Te Ching (道德經) and the founder of philosophical Taoism (also known as Daoism), but he is also revered as a deity in religious Taoism and traditional Chinese religions.

Although a legendary figure, Lao Tzu is usually believed to have lived around the 6th century BC and reckoned a contemporary of Confucius, but some historians contend that he actually lived during the Warring States period of the 5th or 4th century BC. A central figure in Chinese culture, Lao Tzu is claimed by both the emperors of the Tang dynasty and modern people of the Li surname as a founder of their lineage.

Throughout history, Lao Tzu's work has been embraced by various anti-authoritarian movements. He is often considered one of the most influential philosophers of all time.

[Note: Lao Tzu is in yellow, while Sun Tzu and Confucius are in regular text.]

[Note: Lao Tzu is in yellow, while Confucius and Sun Tzu are in regular text, all three philosophers rapping together is in italics.] 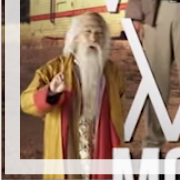 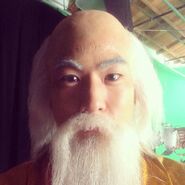 A picture of Lao Tzu posted on KRNFX's Instagram account
Add a photo to this gallery
Retrieved from "https://epicrapbattlesofhistory.fandom.com/wiki/Lao_Tzu?oldid=1450638"
Community content is available under CC-BY-SA unless otherwise noted.