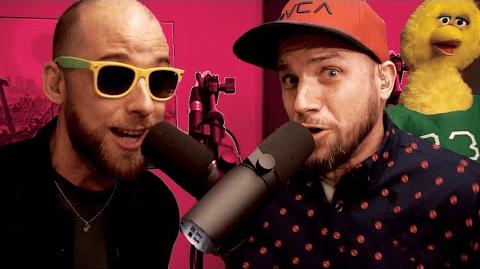 Larry Bird vs Big Bird is the third installment of Flash in the Pan Hip Hop Conflicts of Nowadays, a spinoff of the Epic Rap Battles of History series. It features former basketball player, Larry Bird, rapping against the main character of Sesame Street, Big Bird. It was released on January 26th, 2019.

Retrieved from "https://epicrapbattlesofhistory.fandom.com/wiki/Larry_Bird_vs_Big_Bird?oldid=1493812"
Community content is available under CC-BY-SA unless otherwise noted.