Lauren Flans was born on October 20th, 1988, in Connecticut, United States. She is a comedienne, actress, and writer who has helped write various episodes of Epic Rap Battles of History. Flans is part of Off the Top, an improvisational comedy show, along with EpicLLOYD, Chris Gorbos, and others. She has also appeared on the MTV2 series, Wild 'N Out. 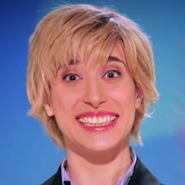 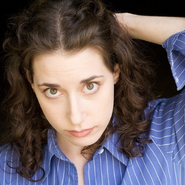 Lauren Flans' YouTube avatar
Add a photo to this gallery

Retrieved from "https://epicrapbattlesofhistory.fandom.com/wiki/Lauren_Flans?oldid=1421654"
Community content is available under CC-BY-SA unless otherwise noted.