Lewis and Clark vs Bill and Ted 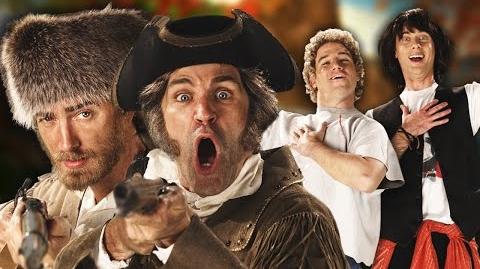 Lewis and Clark vs Bill and Ted is the fifty-second installment of Epic Rap Battles of History and the seventh episode of Season 4. It features pioneering American explorers, Lewis & Clark, rapping against time-traveling comedy duo, Bill & Ted. It was released on May 25th, 2015.

[Note: Lewis is in dark brown, Clark is in light brown, Bill is in blue, Ted is in dark red, Rufus is in gray, and the bald eagle is in olive. Both rappers on a team rapping at the same time is in regular text.]

You can't be starting with Lewis and Clark

'Cause we cut a path through MCs like a walk in the park,

Then give 'em back a whole stack of maps and accurate charts,

Showing exactly where our footprints on their buttocks are marked!

And we'll own you on the mic like the Louisiana Purchase!

You're worthless! Your future selves shoulda told you that.

Now go back in time and give Doctor Who his phone booth back!

We discovered bears and beavers and prairie dogs and weasels,

And plus flora galore! And according to our observations,

We inspired pioneers and travelers near and far.

You inspired air guitar and Dude, Where's My Car?.

We conquered much greater dangers in our trek through Mother Nature,

So step off! But tell Bill's stepmom: "Don't be a stranger!"

Did you hear that, Meriwether? I think they mean to brawl!

I'll take Neo. I'll take the one that no one knows at all!

From the falls of Black Eagle to the Pacific,

We put the 'dis' in dysentery 'cause we spit sick… (CAW!)

Without Rufus, you'd be useless on the trails we blazed!

You couldn't navigate your way out of a Circle K!

Send over Garth and Wayne because you turkeys aren't worthy.

Suffering your raps is a most Bogus Journey!

You led a girl with a baby on her back! 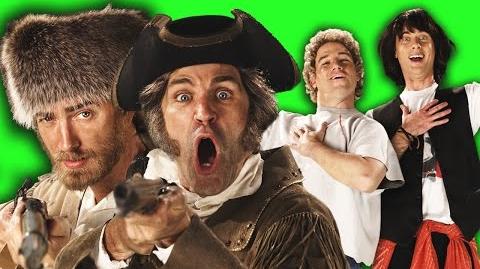 Lewis and Clark vs Bill and Ted. Behind the Scenes of Epic Rap Battles of History 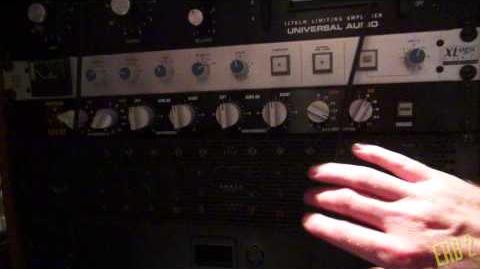 Lewis and Clark vs Bill and Ted. Behind the Scenes of Epic Rap Battles of History pt. 2 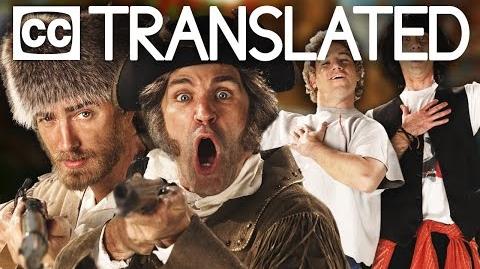