Lilly Saini Singh, better known as IISuperwomanII, was born on September 26, 1988 in Scarborough, Canada. She is an actress, vlogger, comedian, rapper, and YouTube personality. Her YouTube channel has over 12 million subscribers and is one of the most subscribed channel on the site. Her website can be found here. 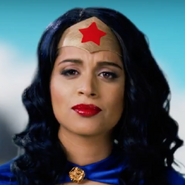 Lilly Singh as Wonder Woman in The Joker vs Pennywise (reused footage, cameo) 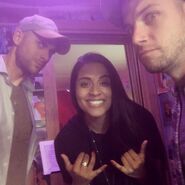 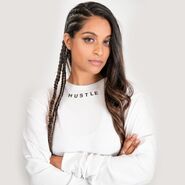 Lilly Singh's YouTube avatar
Add a photo to this gallery
Retrieved from "https://epicrapbattlesofhistory.fandom.com/wiki/Lilly_Singh?oldid=1467233"
Community content is available under CC-BY-SA unless otherwise noted.