Lisa Donovan, more commonly known as Lisa Nova, was born on June 11th, 1980, in New York City, New York. She is a YouTuber and one of the co-founders of Maker Studios (now Disney Digital), the studio that used to produces Epic Rap Battles of History. She is best known for her impersonation of Sarah Palin and number of celebrities and public figures. As of August 2014, she has left Maker Studios.

She has also appeared in several episodes of the comedy show MADtv and the movie The Wedding Ranger. 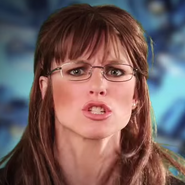 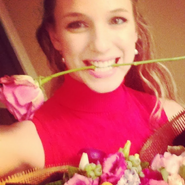