Logan Burdick is a writer, director, editor, producer, and former member of the Epic Rap Battles of History crew. He worked in the camera and electrical department as a cinematographer for six Behind the Scenes videos from Hitler vs Vader 3 to Donald Trump vs Ebenezer Scrooge. He also did the visual effects for Donald Trump vs Ebenezer Scrooge. Currently residing in Los Angeles, California, Burdick is the owner of Dawn Machine Digital, a new media production company responsible for over 200 episodes of digital video content. His website can be found here. 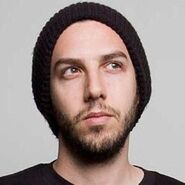 Burdick's Twitter avatar
Add a photo to this gallery
Retrieved from "https://epicrapbattlesofhistory.fandom.com/wiki/Logan_Burdick?oldid=1313614"
Community content is available under CC-BY-SA unless otherwise noted.